(TTASL) Secretary Reza Latiff was at Katunayake Airport when the juniors received bronze and silver medals at the country’s most challenging period. Dhanushka Wijesinghe and Chanul Dilshan of Sri Lanka earned the silver medal in the individual events played on the last day. Ankur Bhattacharjee/Patil Deepit Rajesh of India defeated Sri Lankan pair Dhanushka and Chanul 3/0 in the boys under 19 final (11-8, 11-4, 11-9).

Meanwhile, Sri Lankan under-19 duo Bimandee Bandara and Ayla Chitty were defeated by Indian pair Suhana Saini/Yashaswini Ghorpade 3-11,5-11,9-11, and had to settle for a silver medal. Janith Batugedera, the Royal College 13-year-old paddler rated second in the under-15 category, earned the bronze medal in the singles event, while Lesanya Sethumade, the captain of the Sri Lanka under 15 girls team, won the bronze medal in the individual event.

There were 12 gold medals on offer at this competition, and the Indian boys and girls finished with 11 of them once again dominating the tournament with their might. India, on the other hand, did not compete in the under 19 boys team event. Sri Lanka had to be content with silver and bronze medals, but the most upsetting aspect was that just 15 paddlers were able to win silver medals, and they lost to Maldives. Sri Lankans should realize that at the South Asian level, they must be able to reach finals and compete for gold, and this time we did not witness this level, according to a former National TT player who is currently coaching abroad.

At the South Asian level, Sri Lanka winning silver and bronze is nothing out of the ordinary, but obtaining a bronze medal is not.

He also stated that the preparation for this tournament was very poor, with selection issues and coaches fighting to go on the tour, inability to organize a training camp for this tour, and financial problems until the last minute, but all of these are not excuses for the final result, according to a former National player who is now coaching overseas. 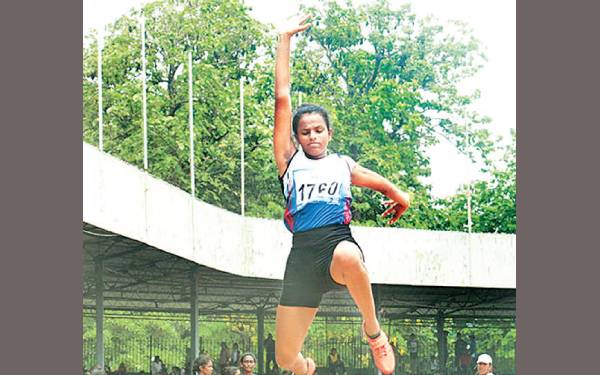