In one of Indian sports’ most memorable moments, the men’s badminton team defeated 14-time champions and holders Indonesia in the final on Sunday to earn their first Thomas Cup gold medal. India, the tournament’s first-time finalists, stunned Indonesia 3-0 in the final to write history. Lakshya Sen, 20, started it all by defeating Anthony Ginting, bronze medalist in the Tokyo Olympics. Satwiksairaj Rankireddy and Chirag Shetty then defeated Mohammad Ahsan and Kevin Sanjaya Sukamuljo 18-21, 23-21, 21-19 to give India a 2-0 lead. Last but not least,, Kidambi Srikanth defeated Jonatan Christie 21-15, 23-21 to secure India’s historic victory.

It was India’s maiden appearance in the Thomas Cup final, and the team shown steely nerves throughout.

Lakshya Sen and the doubles duo of Rankireddy-Shetty both recovered from losing their first games.

Sen had been thrashed 8-21 in the first game against Ginting. But he battled back to win the second game 21-17.

The Indian then put on a show in the third, stunning everyone with his cat-like quickness and tenacious defense to win the game 21-16.

Then Rankireddy and Shetty had the terrible task of facing Ahsan and Sukamuljo. The opening game was won by the Indonesians 21-18.

They subsequently held a large lead in the second game, but Rankireddy-Shetty battled back to win it 23-21, saving four match points.

The final was a closely fought battle with nothing separating the two teams, but the Indians held their nerve to take a 2-0 lead.

Then it was Srikanth’s turn. The shuttler had been in excellent form throughout the competition and returned to the party.

In the first game, he beat Christie in 19 minutes. During the mid-break period in the second game, Srikanth led 11-8.

The Indonesian, on the other hand, rallied fiercely to take a 16-13 lead, but Srikanth refused to give up.

Srikanth then saved a game point at 20-21 before clinching the game and the match for India. 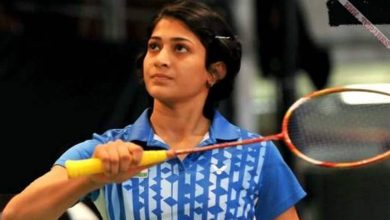 Ashwini Ponnappa is eager for a new beginning in mixed doubles badminton.