The Sri Lankan team that came to India lost the 3-match T20I series by 1-2, and now the 3-match ODI series is going on. Rohit Sharma has been appointed as the captain and Hardik Pandya as the vice-captain. Bumrah, who was included in the team, was dropped from the team at the last moment. The first ODI between the two teams took place at the Guwahati stadium yesterday. In this, Sri Lankan captain Dasun Shanaka, who won the toss, chose to bowl.

Accordingly, the Indian team, who batted first, accumulated 373 runs for the loss of 7 wickets at the end of 50 overs. In this, the opening pair of Rohit Sharma and Subman Gill added 143 runs for the first wicket. Subman Gill scored 70 runs off 60 balls including 11 fours. He was followed by Virat Kohli. On the one hand, Rohit Sharma showed his fireworks with a 41-ball 51 to complete his 47th half-century. With this, he raised his hood looking at the sky as a tribute to his dog who died yesterday. He was finally dismissed after scoring 83 runs off 67 balls including 3 sixes and 9 fours.

Then Virat Kohli – Shreyas Iyer combined to stifle the Sri Lankan bowlers. When Virat Kohli scored 52 runs in 49 balls, the wicket keeper missed the catch given by Kohli. This worked in his favour. Shreyas Iyer was dismissed for 28 runs, KL Rahul for 39 runs and Hardik Pandya for 9 runs. On the one hand, Virat Kohli, who was in his best form, completed his 45th century in 80 balls. Finally Kohli scored 113 runs in 87 balls including one six and 12 fours. Expected to cross the 400 mark, India scored 373 runs for the loss of 7 wickets in 50 overs to add meager runs.

After that, Padum Nisanka scored 72 runs and Captain Dasun Shanaka scored 108 runs in the Sri Lankan team which set a target of 374 runs. The Sri Lankan team scored 306 runs for the loss of 8 wickets at the end of 50 overs and lost by 67 runs.

Indian players Rohit Sharma and Virat Kohli have achieved various feats in this tournament. Apart from that, they have also missed catches. Rohit Sharma, known as the God of One Day Cricket, has crossed 9500 runs in ODIs. He completed his 47th half-century at the start of the New Year.

Hundreds scored by Virat against a team:

Most Centuries in a Country:

How many times has a team scored more than 300 runs against a team?

Australia have scored more than 300 runs 28 times in ODIs against India.

India have scored more than 300 runs 22 times in matches against Sri Lanka.

India have scored more than 300 runs 21 times in matches against Australia.

It is noteworthy that India has accumulated more than 300 runs 18 times in the matches against England.

Virat Kohli has scored 2264 runs in ODIs against Sri Lanka.

Virat has scored 2261 runs against West Indies in ODIs.

Virat Kohli has scored 2083 runs in ODIs against Australia.

Virat Kohli has scored 1403 runs in matches against South Africa. 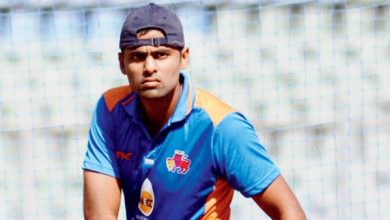 Do you know why Suryakumar won’t okay? Look at the test record in the last 5 years! 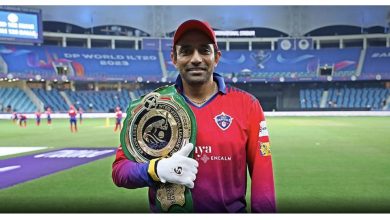 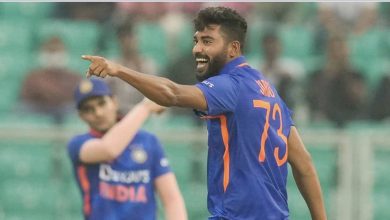