Win or lose, players who win hearts – what Morocco’s support for Palestine says ..!

After the World Cup football semi-final, French star Mbappe and Moroccan player Ashraf Hakimi changed jerseys and wore them on the field, which surprised many people.

France won the match 2-0 and progressed to the final.

It is well known that Morocco’s players and fans raise Palestinian flags and chants of support after every FIFA soccer match Morocco wins. These incidents seem to have shaken up world politics, especially Israel, beyond the world of sports.

A fresh observer might think that Palestine is one of the 32 countries participating in the tournament, seeing the abundance of Palestinian flags, clothing and jewelry emblazoned with Palestinian symbols, and hearing chants of “Free Palestine” all over Qatar, including the competition grounds.

In fact, some Latin American media have written that the “33rd country” in the competition is Palestine. The Qatari government has made special facilities for Palestinian supporters in the stadiums. Fans from other Arab countries have also added their national flags and the flags of the teams they support, including the Palestinian flag, and chanting pro-Palestine and anti-Israel slogans throughout the venue.

In the middle of some matches, exactly in the 48th minute, Palestinian flags were raised to mark the people’s expulsion from Palestine in 1948. Not only those from Arab countries, but fans from many nationalities also chanted slogans for free Palestine. Brazil fans have chanted “Free Palestine, Free Palestine” in metro stations as they head to watch their team play against Cameroon.

After Morocco’s quarter-final win over Portugal, a song was played by fans at the stadium. A Moroccan team player shared a photo on his Instagram page with a Palestinian flag and the words “Liberation”.

Our hearts go out to you
Our eyes have shed tears for you for years
O dear Palestine!
Where the monks are, they sleep
The most beautiful country in the world! resist
May God protect you!

Although the governments of various Arab countries, including Morocco, have entered into agreements to recognize Israel and establish diplomatic relations and trade, these have not been done with the approval of the people. People’s opinion is different.

“The winner of this World Cup is Palestine,” says Amro Ali, a professor of sociology at the American University in Cairo and a Middle East analyst. In an interview with Middle East Eye, he said, “Albanian governments can be aligned with Israel. But the people will take the final decision,” he said.

Israeli journalists and Israeli fans who went to Qatar to collect news were embarrassed by the ubiquitous pro-Palestinian slogans and anti-Israeli songs. It is noteworthy that in order to come to Qatar, they had to choose Palestine instead of Israel. Also, fans outside the stadiums are giving Israeli journalists a hard time. You may have seen various videos of fans refusing to give interviews to Israeli journalists being widely shared on social media.

Guardian journalist Michael Sabie said: “I saw people everywhere, in the squares, in the markets and in the streets, carrying Palestinian flags. Its importance has surprised most people and gives us an interesting message about charity.

A few years ago many Arab states signed agreements to reconcile with Israel. By this they have agreed to recognize Israel’s existence and to establish embassies and trade. But none of these countries have democratic governments. There has been no exchange of views with the people of these countries to enter into agreements with a country that has occupied Palestine for 50 years.

So far we have no idea what the people of Arafulak think about these deals. Fans and teams have sent a message through this World Cup that despite their countries’ cordial relations with Israel, not everyone in the country is of the same mindset.”

Meanwhile, the West Bank, East Jerusalem, Gaza Palestinians living in Gaza have taken to the streets to celebrate Morocco’s victory.

This World Cup will not bring freedom to Palestine. However, the Palestinian liberation clamor that is raging in this World Cup has announced the news to the mothers that they are not left alone and the world that the Palestinian liberation quest is alive and well. At the same time, the news that Israel will not be recognized as a country by the people and will remain as an abominable occupying group, no matter how many treaties are made with the international governments to recognize its existence, is felt like hitting the bottle.

As Amro Ali said, “Palestine won this World Cup”. May it soon succeed in its freedom struggle too! 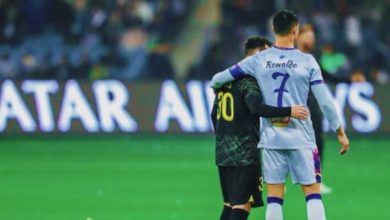